The Moon is about 1/4 the diameter of the Earth.

50 moons would fit inside a hollow earth.

on the surface of the moon to reflect laser light from the earth, and then by calculating the time it took the laser ray to make the round trip between the earth and the moon.

The Moon has no atmosphere. This lack of atmosphere effects two important aspects of the moon surface conditions.

No Atmosphere = No Weathering

No atmosphere on the moon results in no weathering and craters do not erode away. 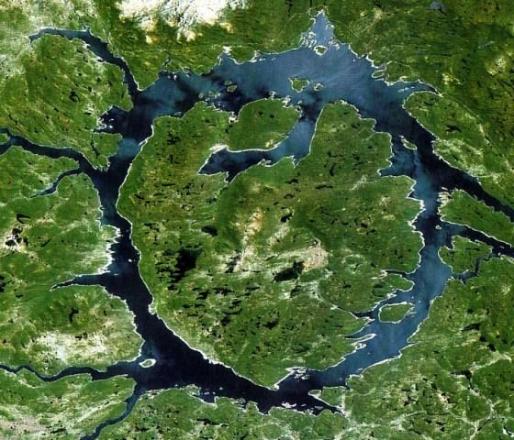 While the solar system was forming, an object got to close and was captured by Earth’s gravity.

Moon & Earth formed at the same time, the moon was just a second “eddy” of condensing rock and dust.

The moon is believed to have formed as a result of a gigantic collision between Earth and large Mars-sized object about 4.5 billion years ago, at the time the Earth had just develop its layers, with iron and nickel in the core, and silicon and oxygen in the mantle and crust.  This object hit at an angle to “splash” out some of the mantle and crust material which then condensed into the moon.  The Moon’s composition of mostly silicon and oxygen supports this theory.  The impact is also part of the reason the Earth is tilted 23 ½° off of vertical.

The oldest moon rocks we have found are 4.5 billion years old (4.5 x 109). They are mostly basaltic in composition. 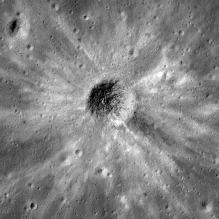 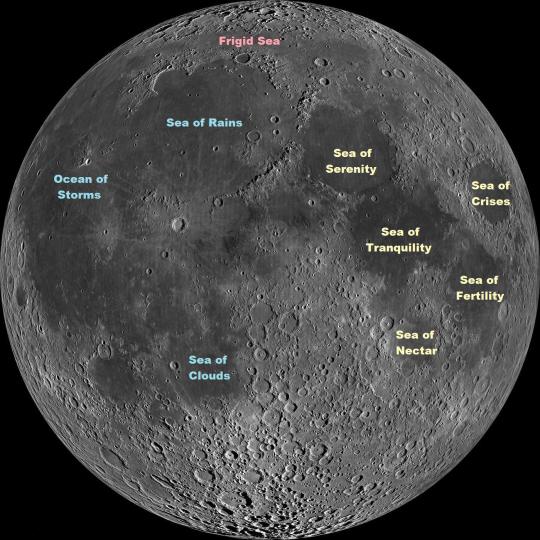